I wanted to spread the word about a great new tournament module for use with Dungeon World published by SVD Press.

Written by Dungeon Oracle, the same guy that wrote such fourthcore classics as Murder of the Maelstrom Queen, Vault of the Wyrm Prince and Tower of the Ascendants, this adventure features maps and art by your favourite Crypt Thing!

It is said that the gods tasked Death with keeping the secrets of magic locked behind his Black Gates. And so the fallen races remained blind to the ways of magic, until one man challenged and defeated Death in a battle of wits.

In victory he claimed Death's wand and became the first mortal to perceive the mysteries of the black art, only to be driven mad by the revelations. These half-remembered legends tell too of his sundering of the world and his construction of a dread fortress.

The Ur-Mage opens the doors of his fortress once each decade, allowing the heroes and demigods of the realm to enter. Legend has it that a great prize waits within the fortress, the Wand of Death itself, and a crusader bearing the wand could command the dead, shatter the planes, and slay gods.
Today, the games begin. Today, the gates open.

Fortress of the Ur-Mage is the first SVD Press adventure to feature a competitive head-to-head mode, where multiple parties delve the dungeon at the same time. Competing bands of crusaders can hinder each other by stealing relics, laying traps, freeing monsters, and manipulating the dungeon environment itself.

Check it out and help spread the word! 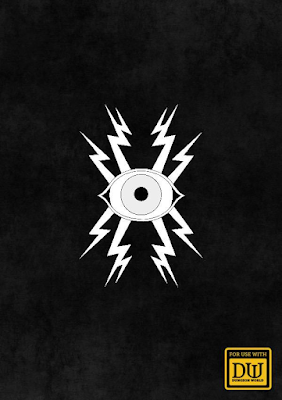 Rwaluchow
Hamilton, Ontario, Canada
If interested in contracting me for cartographic work, please contact me at rwaluchow at gmail dot com